The 48 Hour Film Project is a contest in which teams of filmmakers are assigned a genre, a character, a prop, and a line of dialogue, and have 48 hours to create a short film containing those elements.

The 48 Hour Film Project's mission is to advance filmmaking and promote filmmakers.
Through its festival/competition, the Project encourages filmmakers and would-be filmmakers to get out there and make movies. The tight deadline of 48 hours puts the focus squarely on the filmmakers — emphasizing creativity and teamwork skills. While the time limit places an unusual restriction on the filmmakers, it is also liberating by putting an emphasis on "doing" instead of "talking."

In 2011, the 48 Hour Film Project will go to 103 cities, spread over 6 continents.
One of these cities is different. It is called “machinima”.
It is, unlike the 102 other cities, not on one continent but worldwide – so the good news is that if you do not live in (or close to) one of the cities, you can still participate in the 48 HFP, by subscribing to the 48 Hour Film Project Machinima.

The 48HFP Machinima has the same goal as the the regular contest, except that your film has to be made in real time using a virtual world or game. For example: the 2010 winnning machinima was made in WoW, the 2009 and 2008 winners both made in Moviestorm, and the very first winner in 2007 came from Second Life.

Machinima as a new genre is very much setting a tradition of engaging serious leaders in the film industry, and I am happy and proud to announce that:
The 2011 head of jury is Tony Dyson. (Star Wars R2-D2, and major films like Superman II, Dragon Slayer, James Bond)
And, last years judge Phaylen Fairchild is back in 2011.
Dr. Tracy Harwood has agreed to be judge too.She was the founder of the very first European machinima festival, and is a Senior Research Fellow / National Teacher Fellow at the
Institute of Creative Technologies - De Montfort University UK.
On September 5, mr. Marcus Parker Rhodes joined the jury too. He is a former Bafta jury, and was in the Monty Pythons Flying Cirucs team, a groundbreaking animator and machinima fan.

Enter today! Space is limited.
This year, teams will be accepted on a first come, first served basis. Once the initial registration is complete, we will accept teams for the waiting List.
If a registered team must drop out, we will go to the waiting List. If there is enough interest, and we can secure additional theater time, we may be able to add more teams from the list.

The MoM films featuring in July 2011

MoM playlist on You Tube is here

We as LEA want to congratulate the filmers, and call upon all SL machinimatographers to keep submitting your work.
Posted by Chantal Harvey at 3:14 AM No comments:

You are invited to the event of the day! MoM – Month of Machinima welcomes the new films for July, today.

And, MoM's own promo: http://www.youtube.com/watch?v=NoWgUeJH7K4&

You are welcome to bring your crew/friends – and spread the news any way you can.

Lets fill the theater and celebrate this months films!

Posted by Chantal Harvey at 5:00 PM No comments:

Themes for MoM - why? 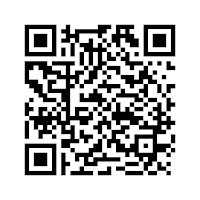 Month of Machinima ---- MoM is set up to encourage and foster machinima-making by the Second Life community by providing a forum to screen excellent machinimas made - especially around the themes ---- new, fresh, short, art-focused machinima.

It aims to encourage filmmakers to make more machinima films, to try out new things, to experiment and play.
There are themes to give consistency to each month's group of machinima, so they are loosely grouped around something in common. Difference and diversity within themes is a must.
The idea of it being monthly was that it is ongoing; if this month's theme doesn't appeal, there will be another one next month.

Themes for 2011 are set, and we as LEA are working on creative themes for 2012 right now. If you see me inworld, send suggestions :-)


SL Art is your guideline in all submitted machinima. Be sure to http://www.blogger.com/img/blank.gifbe creative and take care of copyrights.

Deadline for submitting is the 10th of the month

Every first Wednesday of the month at 10 am PST/SL time: opening event in Secondlife, in the MoM theater.

* Submit here
Posted by Chantal Harvey at 12:00 PM No comments:

Month of Machinima, that is MoM !!

On July 6, 10 am PST/SL time, new films will show. 6 Films were chosen from this months submissions, 3 come from earlier submissions.
Keep submitting your work, and be a part of the most lively showcase for machinima inworld!

You are all invited to come and celebrate machinima in the MoM theater, where the films will show all of July.
Opening event on wednesday July 6, 10 am PST/SL time.

The previous entries can be seen at the special MoM You Tube account and on this blog:
June 2011
May 2011

The following links will bring you to the venue in Secondlife.com:

So, mark your calendar and come on over.
Posted by Chantal Harvey at 6:47 PM 1 comment: